The endless stream of information being fed to us is overwhelming. New entertainment, narratives, and news stories are being uploaded at a rate that outpaces any hope of ever taking it all in. Up until recently the great limitation was the availability of information. However, now not the amount of information but the interpretation and packaging of that information is what ultimately determines how people consume the media and allow it to affect them. One of the problems now is that we can pick and choose. We can pick stories that confirm what we already believe instead of being confronted by opinions that differ from our own. We can pick content that entertains rather than informs. We can decide what we would like to know and can remain ignorant of inconvenient facts. With all of the information available to us today we absolutely should struggle with the issues facing our culture, mourn the loss experienced by those around the world, and plan wisely with how the earth is changing around us. However the opposite of this is also true. We have an endless supply of terrifying stories to choose from. There are continuous natural disasters, a constant threat of new wars, and uncertainty in the environment and the economy. One could easily sit at home, surf the web and repeat “this is bad” until one of those bad things hit close to home. Our responsibility is to engage with the serious issues of the day while maintaining our balance and perspective. Those who keep their critical minds and comical spirits through even the most troubling times are a benefit to themselves as well as to those around them. So while we do have a dictator gaining nuclear power, social unrest and discrimination at home, an endless salvo of hurricanes on our southern coast, famine in other continents, problems of addiction in our communities, on top of our own personal travails, nonetheless we must limit our stress to only those things in which we can affect change and allow the others to pass. This is not a call to ignorance or push away from unhappiness, rather a push toward change in a select number of instances instead of despair at the ocean of misfortune in the world. Start where you are, to do what you are able. 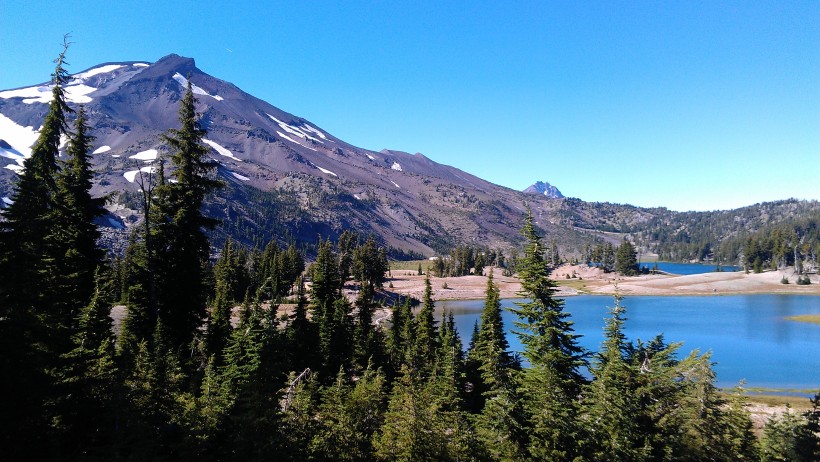 “Climb the mountain not to plant your flag, but to embrace the challenge, enjoy the air and behold the view. Climb it so you can see the world, not so the world can see you.”

If life was flat, monochromatic and dull, it is possible the journey would be easier, however there would be no enjoyment in overcoming challenges and no enthralling wonder looking at the world from above.

The love of the journey is critical not only for career but for the personal life, the relationships, the hobbies and dreams. As our society becomes goal oriented often the goal becomes the only end. However, for sustaining a pursuit of the goal, the journey itself, and the challenges therein, must be an end in and of themselves. Perhaps our goals should be processes not places, our most treasured rewards memories not money, and our trails seeking out the highest peaks, not to seek out greater accomplishments, but to see how our small path connects with a far greater world.

Success is not about short bursts of hard work. Success is achieved through a willingness to grind each and every day. Greatness is not punctuated moments of brilliance; greatness is doing your best with determination and consistency.

Success is not about the hits you take. Success is about how your respond to those hits, how you bounce back from those hits, how you use those hits to make you better. Resilience is the ability to take a hit and get back up. Not just once. Not twice. But every single day. Spend your time and effort to make changes, not excuses. Take risks, knowing failure is part of the process. But when failure hits. Always. Get. Back. Up.

As we reflect on the rise and fall of great empires of the past, numerous markers of a declining society have been proposed. While some of these markers are almost certainly innocuous, others may be the harbinger of a failing civilization. Although we may be caught up in chronologic snobbery, the erroneous perception that we at this end of history are more advanced and above the problems of the past, we should be wary of considering our civilization insulated from the incessant ebb and flow of great civilizations of the past.

One marker thought to be a harbinger of the end of the greatness of a nation or civilization is a fascination and obsession with entertainment. As we look back at the great empires of the past, they began with what we could call grit-the willingness of the people to sacrifice, to work, to build, and to suffer, believing that they could become something great. As the empire became something great often the members of the empire lost this grit, instead prioritizing comfort and entertainment over persistent work and a willingness to sacrifice. Whether this prioritization was the cause or simply accompanied the failing of the empire could be debated, however we must recognize that essentially no great empire of history has gone without a period (as short as it may have been) of luxury and decadence, before the often rapid decline and decimation of that civilization.

In a day of the globalized economy and the rapid recognition that truly no man or nation is an island unto itself, and in light of the fact that a large portion of the world’s population lives in historically unprecedented wealth and health, we should be wary of the changing of the tides of greatness as these affect every member of planet earth. Particularly in the developed work, there is an obsession with entertainment and luxury. This is not to say that there are not many people working to become better and to better those around them, but it is to emphasize that the amount of time and money that we (as the developed world) spend on entertainment through TV, video games, books, sports, games, and a host of other activities is unprecedented and rapidly escalating. More people than ever are hoping to make a living utilizing one aspect or another of the entertainment industry whether that be in music, TV, YouTube, or the plethora of other platforms available. This trend is troubling and is only getting worse.

The hope is this. Many of the platforms by which we entertain ourselves with frivolous consumption can be leveraged for much greater benefits in education, in developing new technology, and in relating to one another in more diverse yet intimate ways. It is to this end that we must strive. Both to keep the grit that pushed us to advance, as well as to leverage our advantages for the good of our knowledge and benefit of all people.   When we choose empathy over entertainment, compassion over consumption, and love over luxury, that is when we will have found true, sustainable greatness personally and societally. 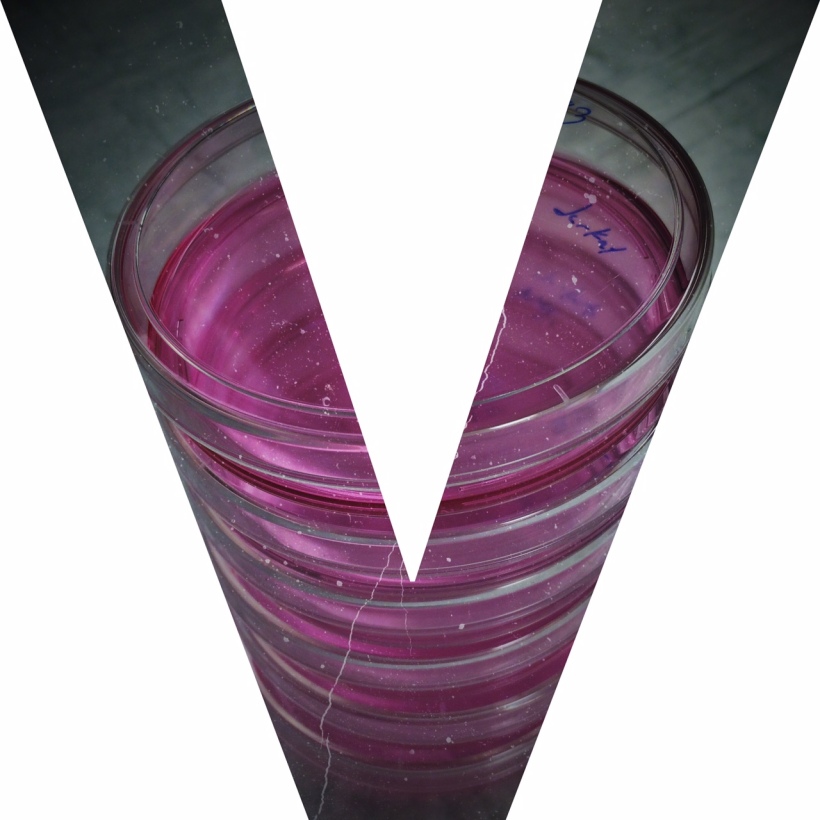 Over the past several days I have been going back back and forth with a researcher in a nearby lab over what is “real” or relevant in the systems that we study. In short, are the high doses of chemicals we give our cells in culture relatable to the conditions that those cells would see in a healthy or diseased individual? Unfortunately, the answer is often no. While this is a problem that has plagued basic biological science and biomedical research for decades, it should also spark a similar question for each of us as we study life through the lense of the camera.
More than any other time in the past, we spend a large amount of time taking in and digesting information from a screen. The information and entertainment that comes through that screen has been carefully sculpted to convey a message and change our perceptions. This is not to raise conspiracy theories or become an alarmist, but rather to point out that what we see on TV and the movies actually colors how we see the world around us. In some cases the message is accurate; however, in others the message is not. So the question to consider is this: Is what I see on the screen relatable back to life? We must pick “systems” and entertainment that communicate truth. The damaging effects of dishonest depictions of life are easy to see around us:  violence played out on streets and playgrounds as learned from videogames; a selfish view of love and sex as learned from movies and pornography; a lifestyle of consumerism motivated by an endless stream of ads; a need to appear fake as all we see are smiles and successes on social media. This is the struggle in life: to pick out the real from the fake, the genuine from the forgery. 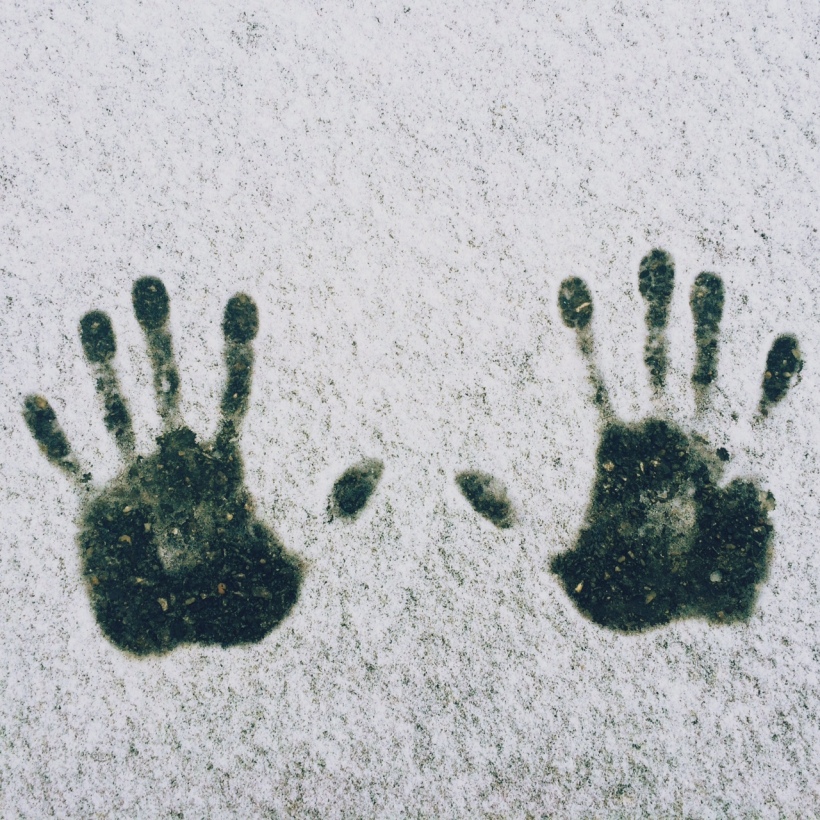 Often when faced with the ephemeral nature of life, people express the desire to ‘leave a mark’.

Perhaps our desire, our joy should not be in the futile quest for permanence, but in the impressions we leave on those around us. Those who are just as fleeting and ephemeral as ourselves, yet who have all the same fears, dreams, hopes, and yearnings.

Our journey is short and our mark light.

On this adventure of life, may our goal be to journey well, as curious and gracious sojourners. May we value personal interaction over distraction,  intimacy over accolades, and strive to fully devote ourselves to loving and learning.

“Every sentence I utter must be understood not as an affirmation, but as a question.”

The pursuit of the correct questions is the meaning of life. One which we cannot seemingly perfect and can barely even optimize in our limited time on this planet. Whether laboratory science, religious experience, personal emotions, and logical contemplation are all methods by which we try to ask, and answer, the questions of life.
This is the grand adventure in which we find ourselves. A place to ask question, ponder truth, and share in every moment.

This is the purpose of this blog. A space to think . To write. To ponder. To adventure together. To share life with.